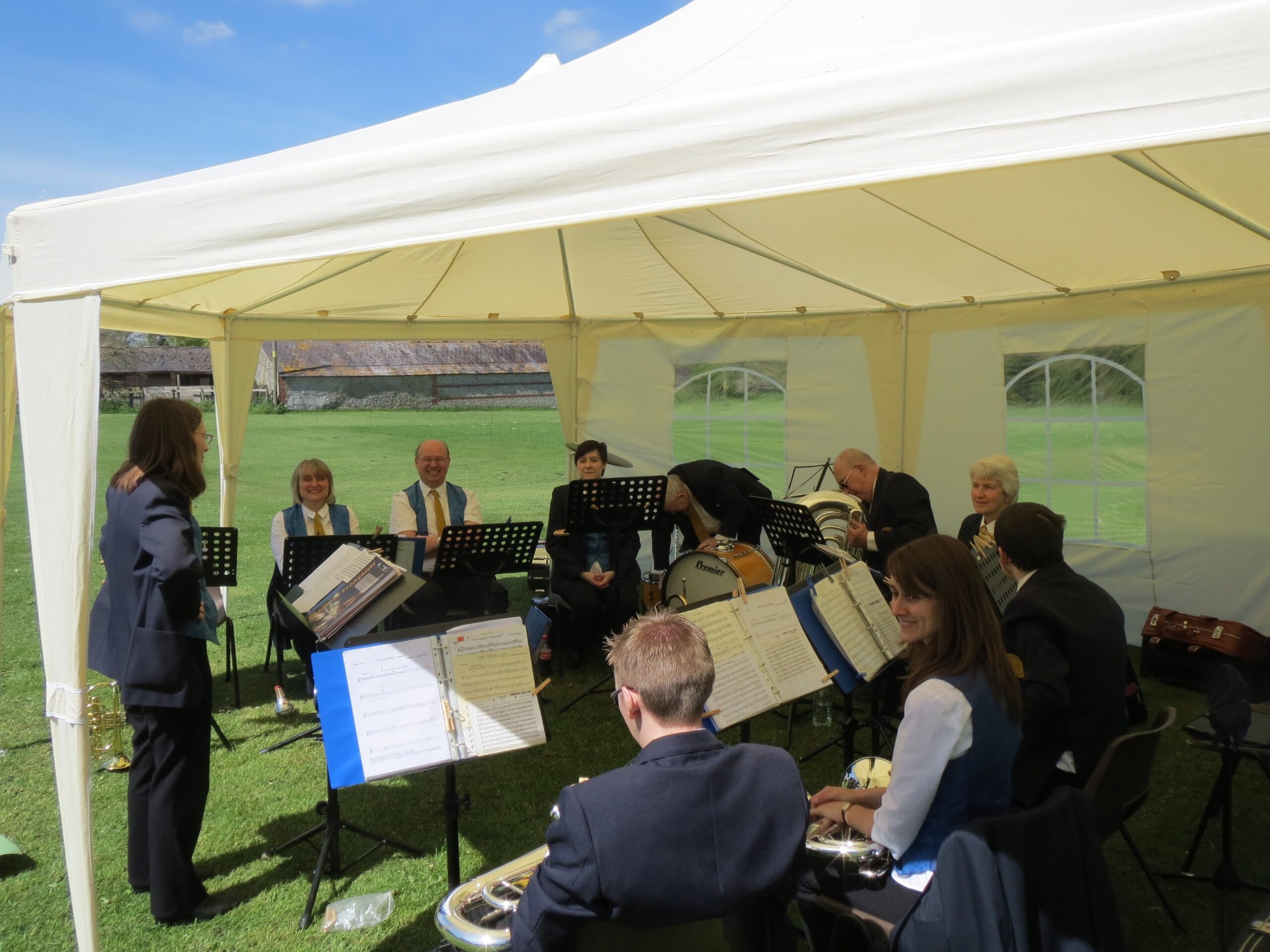 As part of the Deverills Festival of Performing Arts,  Warminster Brass Band performed a lunchtime concert at Upper Deverills Village Hall on Saturday 3rd May. We had a small audience who stopped by for lunch at the village hall in between other events in the festival, but there was plenty of appreciation for the band’s performance. Our next event will be at Hope Nature Centre on Saturday 17th May.