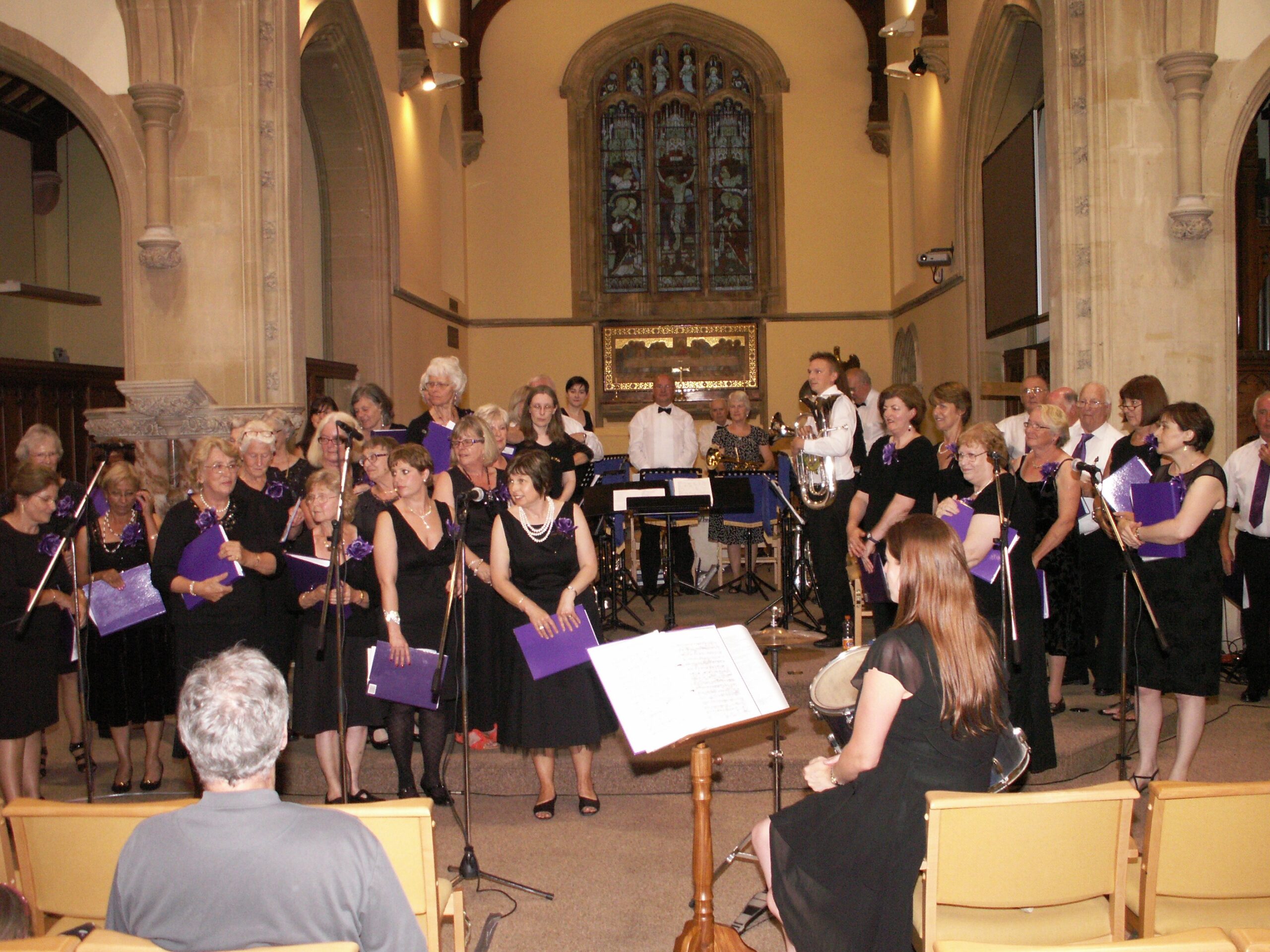 The band’s summer concert, Sounds of Stage & Screen, took place on Saturday 19th July. We were joined by the Warminster Community Choir to perform ‘Do You Hear the People Sing?’ from Les Miserables, and a medley from the movie musical Chitty Chitty Bang Bang. Proceeds from the event were donated to SSAFA – Soldiers, Sailors, Airmen and Families Association. The band also performed numbers including ‘Floral Dance’, featured in the movie Brassed Off, and ‘Cruella De Vil’ from Disney’s 101 Dalmatians. The choir performed songs from a wide range of musicals, including Wicked, Phantom of the Opera and Oliver!.

Thanks to all who attended the event, thank you for your support.

The band’s final engagement of the summer season will be at the Wylye Valley 1914 project in Codford.