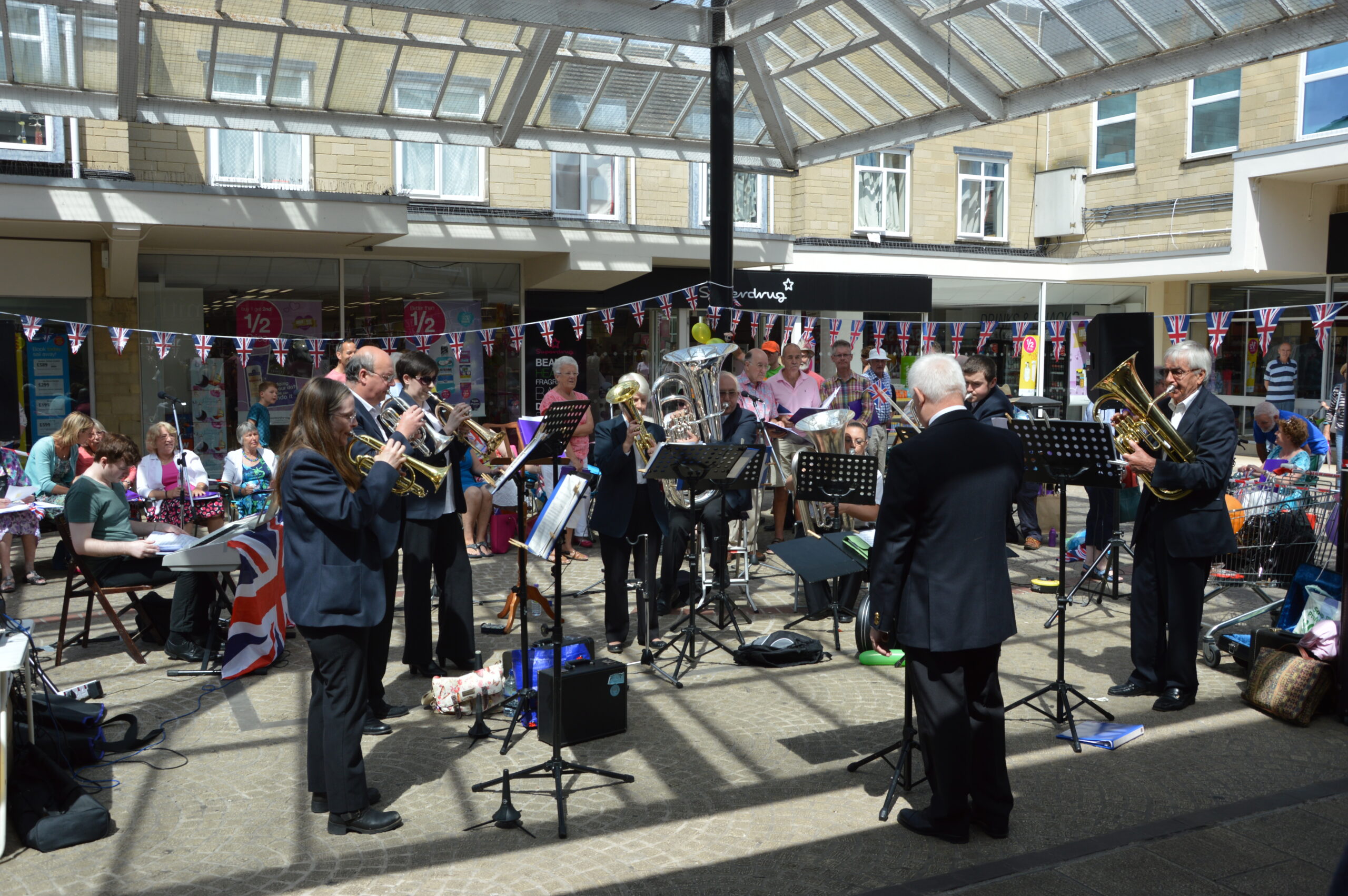 The Summer 2015 season for Warminster Brass Band started with our usual appearance at Hope Nature Centre‘s annual fete. We were also welcomed back to Motcombe for their annual village fete. We have been happy to have Mervyn Smith to conduct us this season, allowing musical director Helen Thornton to play top cornet.

A first for us, we played at Corton and Boyton Village Fete on the 4th of July. The band was very appreciative of the free cream tea supplied, and for the invitation to return next year! To finish up the summer season, we joined Warminster Community Choir in the Three Horseshoes Mall on 18th July, to raise money for Alzheimers Support. The band performed a number of pieces, including Edelweiss and Colonel Bogey, before joining the choir for Chitty Chitty Bang Bang and Land of Hope and Glory. The band’s final rehearsal of summer 2015 is on 20th July before we break for August.

Rehearsal resumes on 7th September. Make sure to practice during the break!